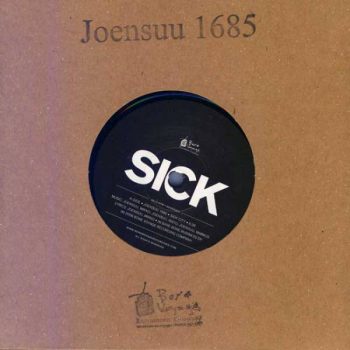 Debut Single by young Helsinki-based trio. Big stream of psychedelic guitar rocksounds wrap up those remarkable songs in an extensive flow, so we had to press this 7″ at 33rpm.
Joensuu 1685 draw their musical influence from the ninetees as well as from bluesy psychedelia, they reach heaven and earth and what is below. They mix feedback together with lazy beats – beautiful tunes together with trippy atmosphere. The band’s debut album will be released during autumn 2008.
RIYL:  Spacemen 3, Black Rebel  Motorcycle Club.