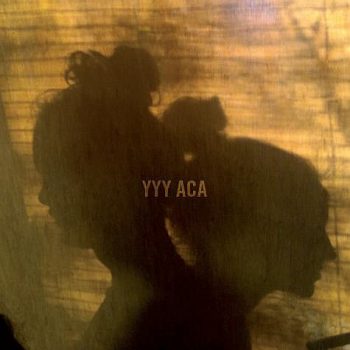 Sometimes less is just more … Following their lively debut (and one and a half productions with just limited release) the Norwegians Yoyoyo Aacapulco now charm as a duo with a timeless late summer Lo-Fi / Twee / Indie Pop .

Arne Martin Barlund is a true original, and  Yoyoyo Acapulco remains his brainchild and affair of the heart since 2006. Set to live with changing partners – Arne Martin for sure has a big heart for pop and life, and a knack for small, great songs. Simple and effective arrangements. Anja Hellstrand, the long time bass player, who added so much to their sound already, now took an even more prominent role, as they share lots of the vocalparts .

YYY ACA is orchestrated sparsely. There’s the  obligatory ukulele and a gnarling bass , adding a relaxed and rattling beat,  and some colour from a Synthie here or some electric guitar there . And above all harmonizing boy-girl vocals, still with the idea of true Bedroom- Pop in mind . ( eg. just listen to their Descendents cover “Silly Girl ” – as if The XX have stumbled across a forgotten acoustic session … )

YYY ACA, in comparison to all their previous recordings, feels focused and balanced. Less excited , but no less exciting. With bands like Pavement , Beat Happening , Moldy Peaches , Sebadoh and such on their sleeve they magically managed to mould their very own voice and character in indie pop . Delectable.

All songs by Yoyoyo Acapulco, except 04. „Silly Girls“ by Bill Stevenson (Descendents) Recorded by Siur Lysed at Six Feet Over, Norway,  01 and 02. recorded by AM